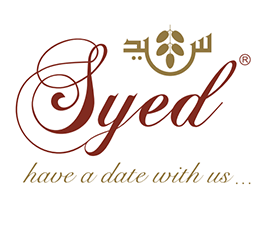 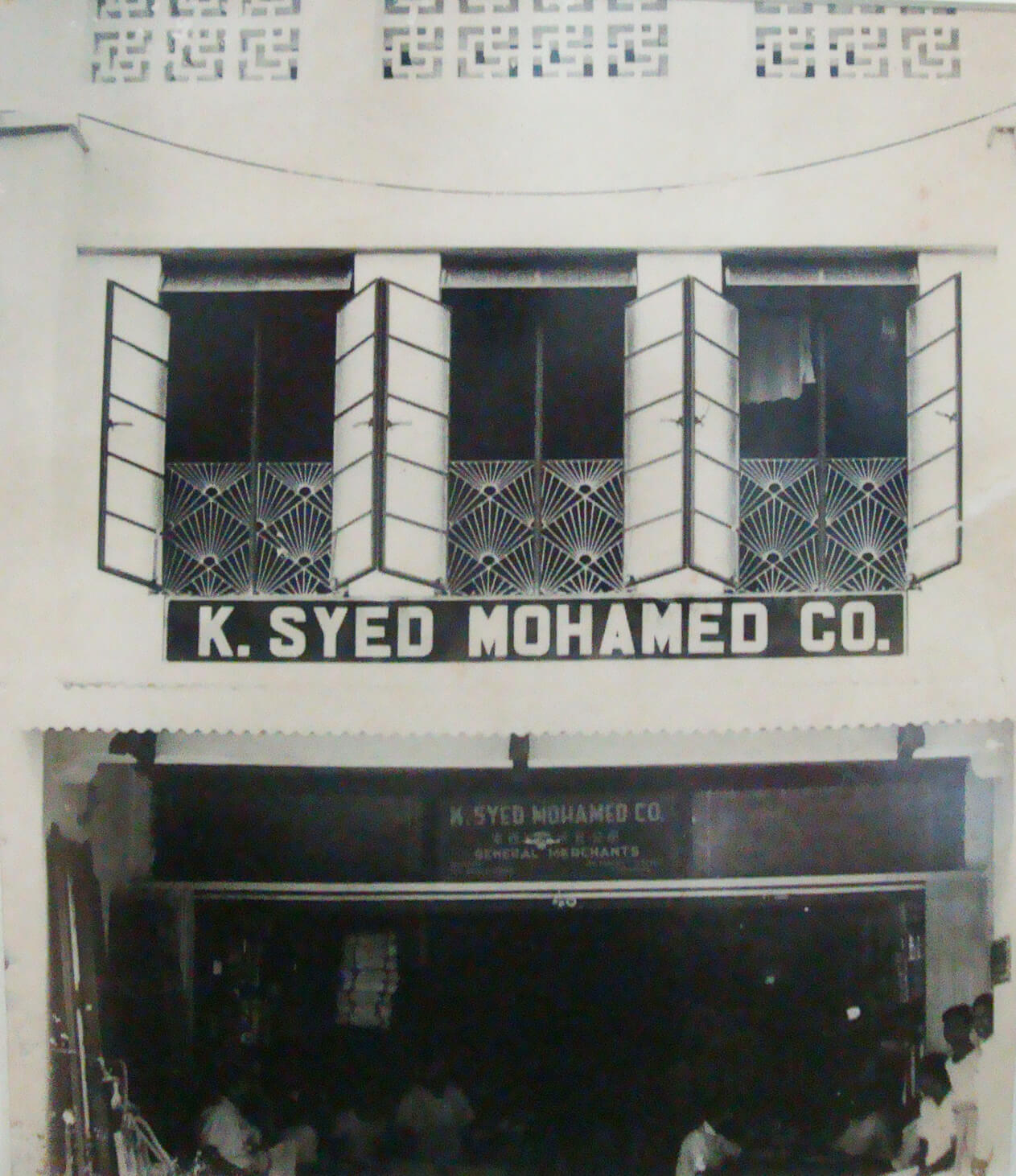 Syed Mohamed Traders (Singapore) Pte Ltd is an international trading company with an 80-year history and a business footprint that covers all the major countries.
As a leading trader in rice, spices, dry fruits and nuts, we take pride in sourcing and bringing products of the highest quality to dining tables in every continent. However, getting to where we are today has been a long and challenging journey. Starting off as only a small business, we have grown exponentially both in size and reputation by staying faithful to our values of honesty, integrity, commitment and service.
We are proud to be able to claim a huge following of loyal customers, many of whom have loved and trusted our products for years. Even as the business landscape keeps changing with time, we are confident we will be able to stay at the forefront by providing only the finest to all who believe in our name and our values.

To provide product quality and service excellence of the highest standards while meeting customers’ demands for the widest selection of agro commodities.

To be a leading global trader in high quality agro commodities recognised for our dedication, integrity and efficiency.

We are guided by our values at all times and place the highest priority on each of them:

Responsibility towards customers and suppliers by giving them only the best and getting it right always.

Respect our customers and suppliers in accordance with the basic belief that when one gives respect, one receives it in return.

Trust by being honest with ourselves and anyone else who deals with us.

Service which must be prompt and also the best.

Competitive in terms of the price and quality of goods we bring to the market.

Commitment to our customers and suppliers. 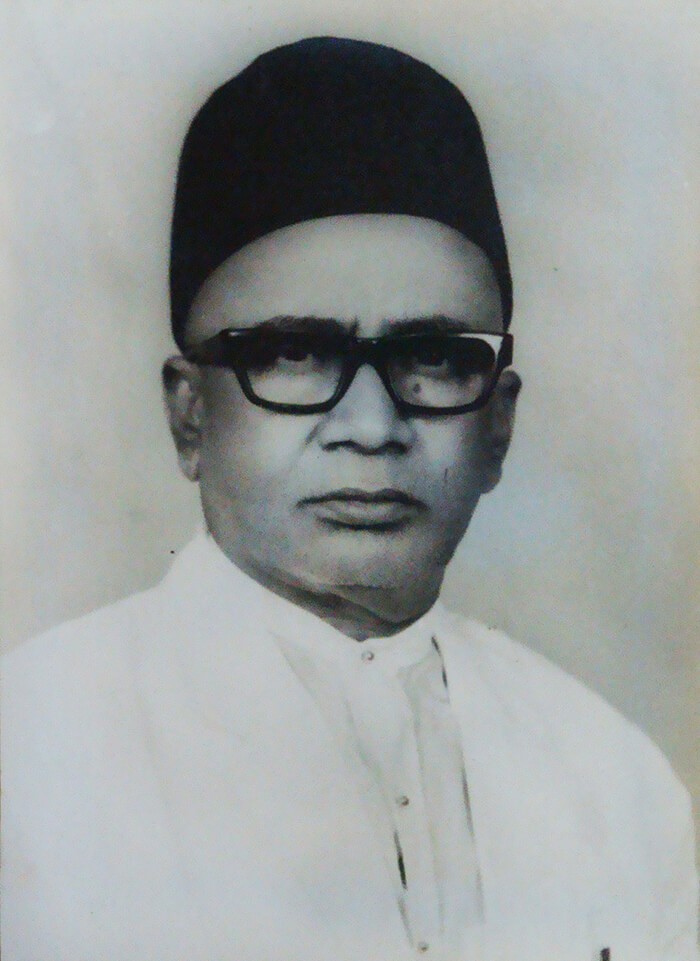 Representing the dream and aspiration of an immigrant from India, Syed Mohamed Traders (Singapore) Pte Ltd is a well established international trading company incorporated in 2014 in Singapore. However, it boasts a long history that dates all the way back to 1936.

The company was known as K. Syed Mohamed Co. when it was first founded by the late Haji K. Syed Mohamed. The year was 1936, and the business was just a small spice and grocery shop in the Market Street area. Later, Syed Mohamed saw an opportunity in the growing demand along the business routes from Singapore to Malaysia. He decided to go ahead to supply in bulk all types of medicinal herbs, spices, pulses, lentils and rice, all imported from around the world.

When K. Syed Mohamed was born in 1901 in a small village called Pudukkotai District in Tamil Nadu, South India, no one around him would have foreseen that a glorious destiny was awaiting him in another country a thousand miles away. This was especially so in his childhood years, when both his parents passed away, leaving an orphan boy who had to struggle to fend for himself and his sister.

Syed Mohamad was not one to be easily defeated by life. Giving up his primary education, he slogged as a child labourer to make ends meet, and it was not until he reached his teenage years that his life suddenly hit a huge turning point. News of the tempting job opportunities available in Singapore and Malaya came to his attention, and the bold young man knew he couldn’t afford not to go.

In 1916, Syed Mohamed made his way to Nagapattinam and hopped on a ship bound for Singapore, leaving his beloved sister in the care of relatives and neighbours. The ship was packed with Malayalee passengers which was a plus for him. As he was still a teenager, the affable Syed Mohamed soon made friends with them. As they were construction workers, they introduce him to work at various construction sites. After toiling under the hot tropical sun for some six years, he decided to return to India, where he fulfilled one of his major responsibilities by marrying off his sister.

After the happy occasion, Syed Mohamed returned once again to Singapore, where he continued to work hard, driven by his innate sense of responsibility and commitment. In no time, he became a mondore or supervisor in the construction company. In fact, some of the buildings he had worked on, such as the Fullerton and AIA Building are still proudly standing today!

Not contended with what he was earning at his job, the enterprising Syed Mohamed went on to acquire a driving licence and with money saved from his salary, bought a lorry which he used to serve the company he was working for. To his delight, he found the logistic and transport business to be very rewarding, prompting him to leave his job and start his own transport business, which grew quickly to a fleet of eighteen lorries. 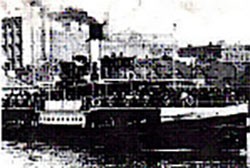 However, the good times did not last too long, as the business became very competitive within just a short span of time, with other like-minded entrepreneurs also jumping on the bandwagon. The shrewd businessman in him told him that he had to look elsewhere if he wants to have a profitable enterprise. In 1936, he decided to simply sell away his lorries, using the money he rented a small store in Trafalgar Street, standing at what is now the junction of Anson Road and Tanjong Pagar Road. Always having been keenly interested in spices, herbs, rice and nuts, it was his simple and sure plan to use his new premises to start a business dealing in such sought-after commodities. 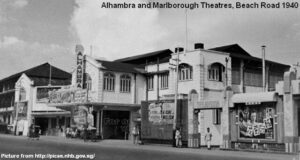 In 1939, now in his thirties, Syed Mohamed made another trip back to India, this time to get himself married. While still there, he thought it was a good idea to gather his relatives to come over and work for him in Singapore. Surrounded by these kinsmen whom he could trust and count upon, he gave up his store in Trafalgar Street and moved into a bigger place at 163, Beach Road. This was a brilliant move, considering it was a bustling business district and the heart of the city at that time, lined with wholesale markets, eateries, and popular cinemas such as the Alhambra and Marlborough.

Things began to look up for Syed Mohamed, with the extra cash left over from the sales of his lorries and the burgeoning income from his daily business. This drove the ambitious businessman to further venture into the import business, where he found his first pot of gold. He did so well that soon after, he bought a house along Marshal Road in what would have been regarded as the elite residential district of Katong. However, war was to descend upon Singapore in the middle of December 1941 with the Japanese invasion. After surviving the harsh occupation years, Syed Mohamed again returned to India, this time to bring his wife back home. She was simply not accustomed to living in Singapore, and chose to go back to her familiar homeland, leaving her sons to stay on with their father.

On the business front, the Syed Mohamed success story simply ran on as he further expanded his business, disposing of his Beach Road shophouse to move to 46 Market Street in the Central Business District. He continued to do well even in the face of greater competition posed by the numerous merchants also operating in the vicinity.

However, he had to move yet again in the early 1980s when URA acquired the place to build the new Golden Shoe Complex. As an interim measure, the company went to Everton Park, where it stayed for a few years.

On 24 Dec 1977, Mr K. Syed Mohamed left this world after leaving a colourful and adventurous life. However, his legacy was to live on in the best possible ways. Up until 2013, the business was capably managed by his sons from their new premises at 35 Hong Kong Street. It was in that year when one of the sons, Sultan Ahamed, along with his son Jaffar Sadik, decided to venture into the manufacturing and packing of foodstuffs such as rice, lentils, dry fruits and nuts. They found for themselves a spot in the Senoko Food Zone to produce and pack rice and spices under the name of Syed Mohamed Traders (Singapore) Pte Ltd. The company became a proud owner of the Anarkali brand, one that is synonymous with Basmati rice of the highest quality. Anarkali Basmati Rice is now a household name, regularly heard over the radio and published frequently in the weekend editions of the Tamil newspapers. All the products of Syed Mohamed Traders can be found on the shelves of every major supermarket. The company currently counts more than 30 employees, owns a fleet of lorries, and operates from its own well-equipped premises in Senoko Food Connection.

There may be no easy way to success, but fortune often favours those willing to work hard and brave enough to seize opportunities when they knock on the door. Such is the story of K. Syed Mohamed, a man whose legacy will keep his company flourishing for many more years to come.

Kitchen is not filled without us. Quality plays utmost importance for us.

Just name the products on our list and it will be sent to your doorsteps.

Representing the dream and aspiration of an immigrant from India, Syed Mohamed Traders (Singapore) Pte Ltd is a well established international trading company incorporated in 2014 in Singapore. However, it boasts a long history that dates all the way back to 1936.

The company was known as K. Syed Mohamed Co. when it was first founded by the late Haji K. Syed Mohamed. The year was 1936, and the business was just a small spice and grocery shop in the Market Street area. Later, Syed Mohamed saw an opportunity in the growing demand along the business routes from Singapore to Malaysia. He decided to go ahead to supply in bulk all types of medicinal herbs, spices, pulses, lentils and rice, all imported from around the world.

Today, under the name of Syed Mohamed Traders (Singapore) Pte Ltd, the company has become a leading player in the same basic range of products, along with newly added items such as dairy products, dry fruits and nuts. Our flagship brands like Anarkali and Lahori Gate for basmati rice along with Syed and Azmin for dates and dry fruits have become favourites among many consumers. We serve a wide customer base that includes food manufacturers, ship chandlers, wholesalers, and major supermarkets in Singapore including NTUC FairPrice, Sheng Siong Supermarket, Giant Hyper Stores, Prime Supermarket and Mustafa Centre.

We are a company that thrives by carefully managing the entire supply chain, from farm to fork. To achieve this, we operate an extensive logistics network that includes active operation in Malaysia and Indonesia. Such a network provides us with deep local knowledge and allows us to exercise stringent quality control while meeting every customer’s specific needs. Likewise, our customer-centric philosophy has paid off well by earning us loyal customers from different continents. With prudence as our key management habit, we have always been able to manage market fluctuations to allow our customers to enjoy the best possible prices.

Our company’s business activities are classified into four major segments:

With over 80 years of dedicated service, we always ensure that we are among the best in the market by putting our hearts and minds into our business. We strongly believe in and are guided by our shared values:

We are proudly a member of several leading trade organizations such as Singapore Business Federation, Singapore Manufacturers Federation and Singapore Malay Chamber of Commerce.